I thought I’d place a post here as there seems to be very little info on UK transformers and Eufy compatibility so hopefully this will assist some people in the future.

I purchased the Eufy 2k battery add on from Currys at a cost of £110 having already recently purchased the Eufycam Pro 2k kit including the Homebase 2. I’d not got round to setting it up so the battery doorbell was the first device I used.

There is little in the way of information with regards to what transformers will work with the Eufy doorbells. Obviously having it connected to power avoids having to remove and charge it all the time and may mean you can have more advanced settings running.

Our house was built in 2007 and has a standard push button doorbell and Legrand 041605 chime (same as this one https://cutt.ly/oj9nfiA). I changed the standard button a few years ago after having a new front door fitted and the length of the exposed wires was extremely short then so I knew it would be tricky.

The Eufy manual simply states the transformer needs to be between 8 and 24v it doesnt specify what power output it needs (VA or watts etc). I asked Eufy and was told “Please note that eufy 2k battery-power doorbell needs 8-24V 8VA or above to work.” So I wasn’t optimistic about the my HAGER ST301 Transformer which is either 8v or 12v depending on set up and 4VA. I didn’t want to swop it ideally as I didnt know if more power would cause issues with the Legrand chime as well plus it could well need an electrician to start taking the consumer unit apart. Of note on this Hager transformer on the specifications it states rated for maximum 30 minutes continuous usage, I’ve been unable to establish exactly what this limitation refers to despite emailing Hager themselves.

I purchased a new multimeter and took the old push button off. There was hardly a reading from the wires (our wiring is the multi coloured telephone type with just two in use). The colours in use split and by now I had nothing to play with. So I went to the chime and swapped over to two other colours which ended up giving me an extra cm to play with or so.

There wasn’t enough room to use the wirenuts in the Doorbell kit from eufy. I’d also chosen to purchase a Wasserstein adjustable mount and had it shipped to me from someone in the USA as despite them quoting for UK delivery, they don’t actually ship here. Its well made and offers better viewing angles than the standard wedge in the box. (https://wasserstein-home.com/products/wasserstein-30-to-55-horizontal-wedge-wall-mount-compatible-with-eufy-security-video-doorbell-wired-version-eufy-security-video-doorbell-battery-version)

Due to not enough room I was left with no choice but to use electrical tape and hope for the best. It was extremely fiddly but holding the Eufy doorbell in place and hooking it up the app showed the plug symbol, I was very surprised that any power whatsoever was reaching it.

Anyway with this I continued the install and all appears well. The Legrand chime works as it always has (Eufy didn’t know if it would as it was untested) and the doorbell seems to drop a bit to mid or low 90% on the battery and then after a bit mains plug shows again. I did think from reading other posts online that it would drop to around 80% then back up to 90% though…

Anyway photos attached and hopefully this is of some use to anyone wondering if they will be able to power theirs in the UK with fairly common (for the UK) transformers and chimes etc.

Hopefully it doesn’t get nicked! 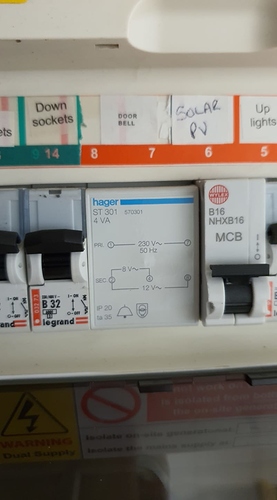 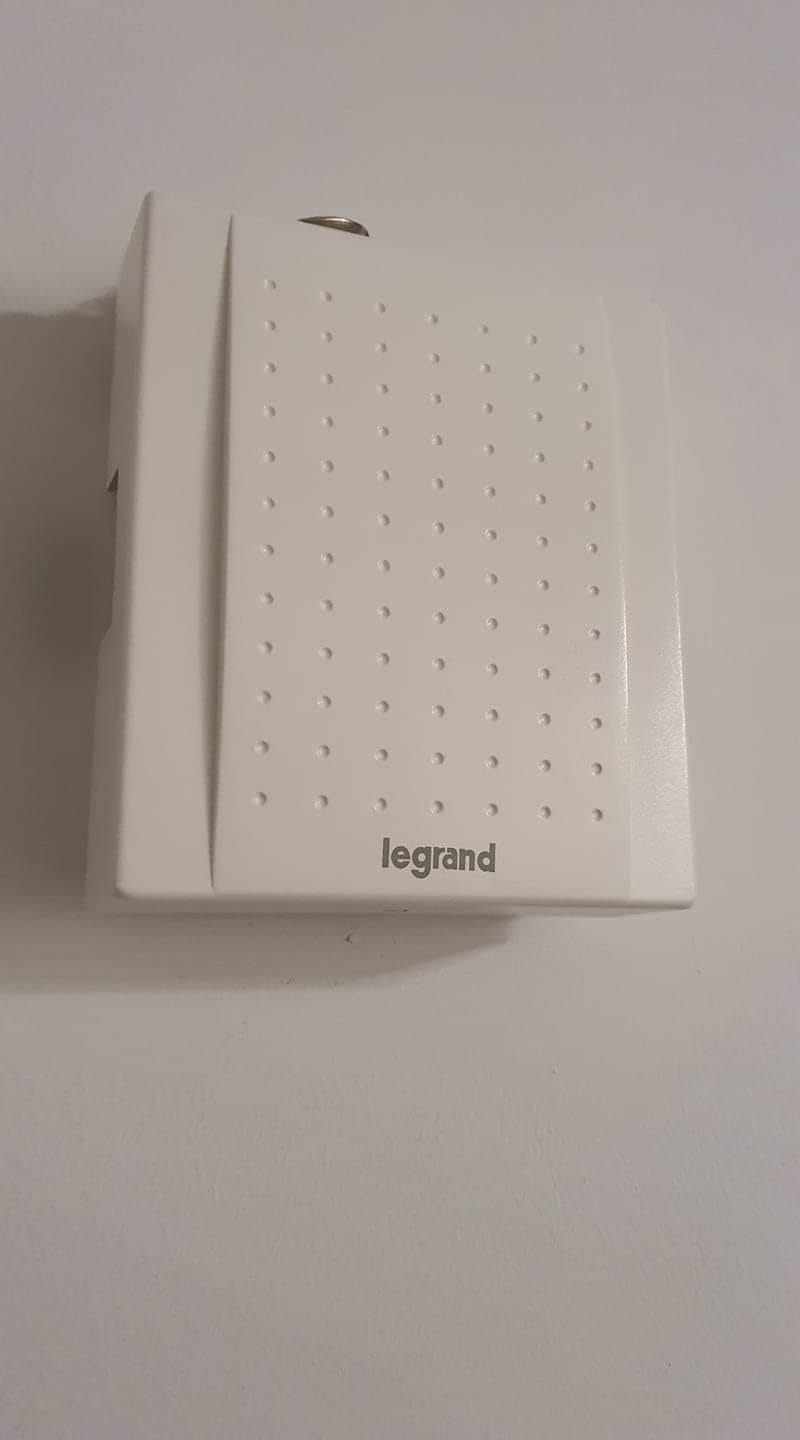 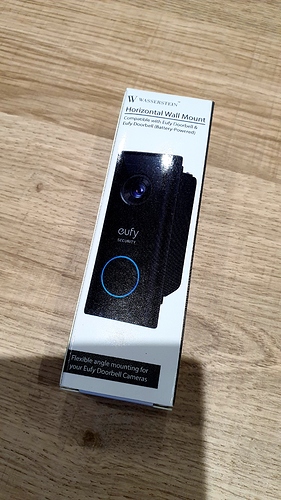 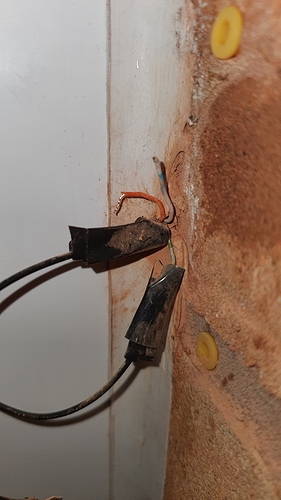 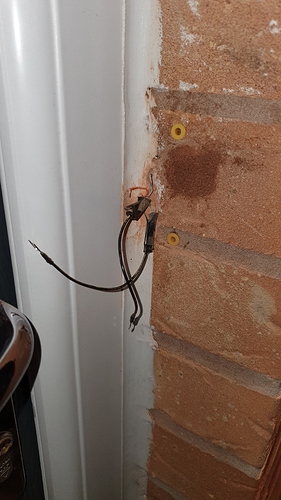 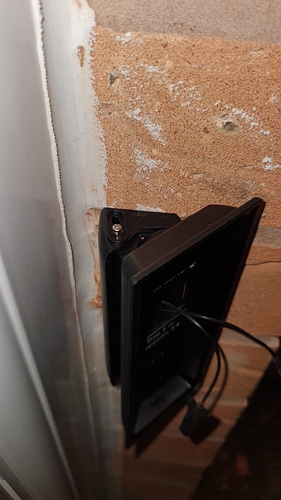 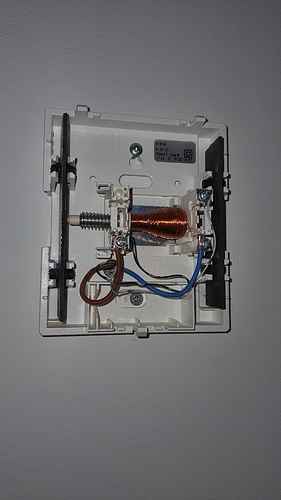 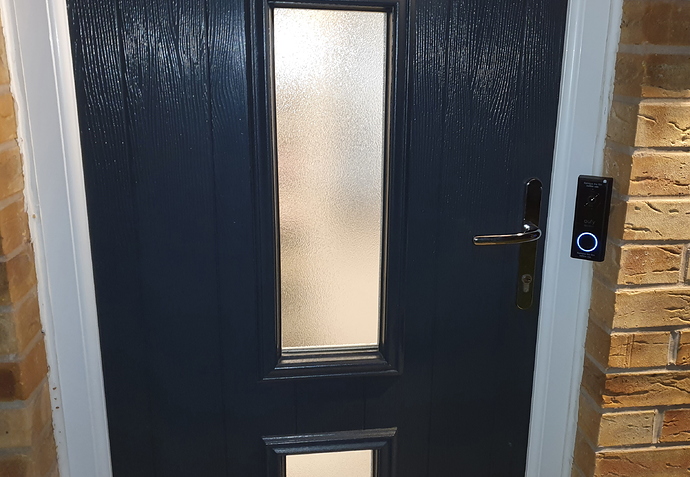 The tiny screws had started to rust (the ones that you tighten to adjust the angle on the mount) but wasserstein sent a whole replacement mount to family member in the USA to send on to me in the UK. So fair play for customer service. 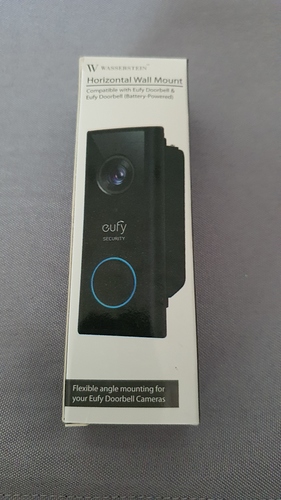 So 4VA is enough after some weeks of use?

I’m using Hager st301 too and my doorbell just shut down and don’t want to reboot after more than 40 days of use. It seems to be dead (or it needs a really long time charging on usb before reboot).

I wonder if a st303 (8VA) could be more appropriate. But for now, I don’t know if the transformer is a part of the problem or not.

Still working good coming up to a year later. Charging on the same transformer