We live outside Seattle in what is affectionately known as “the boonies.” Wildlife is common so we have Eufy cameras set up to see what’s lurking in the dark. We see coyotes, lots of possum and raccoons, and there’s a bear that wanders by every now and again.

The camera has the silicone skin on it and that was pretty well torn up. However, the camera housing itself has only a few small scratches and captured the entire encounter. If nothing else, it makes for a great story. 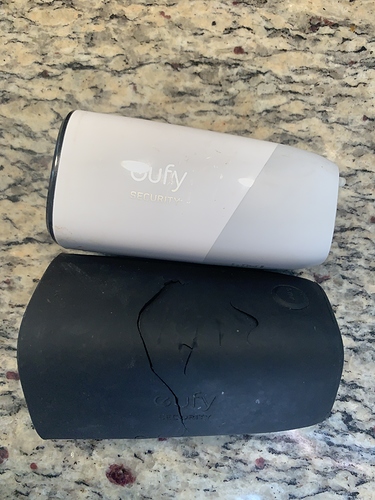 Not for nothing, but why would you mount the camera so low to the ground? Even to record whats out there it should at least be 10 ft off the ground