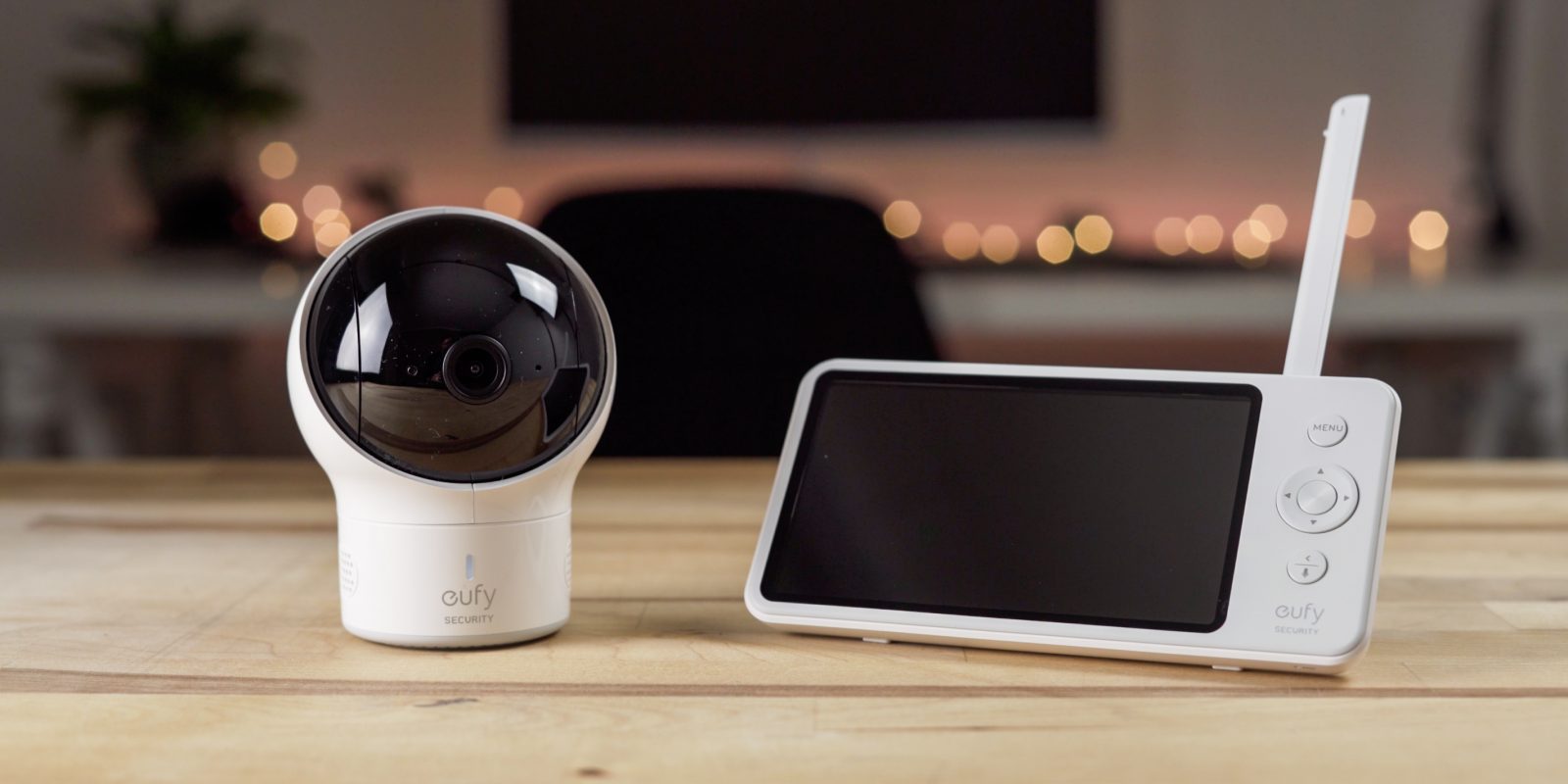 When you’re a parent selecting a baby monitor, you really just want something that you can trust. It needs to be dependable so you can keep an eye on your child. There are wi-fi enabled cameras that allow you to access the camera remotely from a smart device, but these can sometimes be unreliable and have had some security issues. Eufy has recently released the SpaceView baby monitor – an updated traditional radio frequency monitor with features that make it a great choice – despite a couple issues. Priced at $160 , it’s not the cheapest, but it’s similarly priced to popular competitors and offers a HD video feed, long battery life and impressive range. Check out the video below.

Out of the box

With a pleasant white casing and simple design, I found the SpaceView very easy to navigate. The large 5-inch screen takes up most of the front of the body, with clearly labeled buttons on the front and top. On the backside of the monitor, the kickstand is a little difficult to kick out and its one-sided position makes it a little uneasy on some surfaces.

Although a little on the large size, the camera has a simple design that allows it to pan 330-degrees and tilt up to 110-degrees. There is a micro USB port on the back for power and beside it is the sync button. Also included in the box is a wall mount for the camera and the necessary hardware to install it. I was able to place it on a shelf for my own use case.

Both the monitor and camera are powered through microUSB. The monitor comes with two USB-A to Micro USB cables and two adapters to plug into wall outlets. One cable is longer than the other so you can use that as needed.

The camera and monitor come pre-paired, so it is ready to go right out of the box, though they do suggest charging the monitor fully before using it. 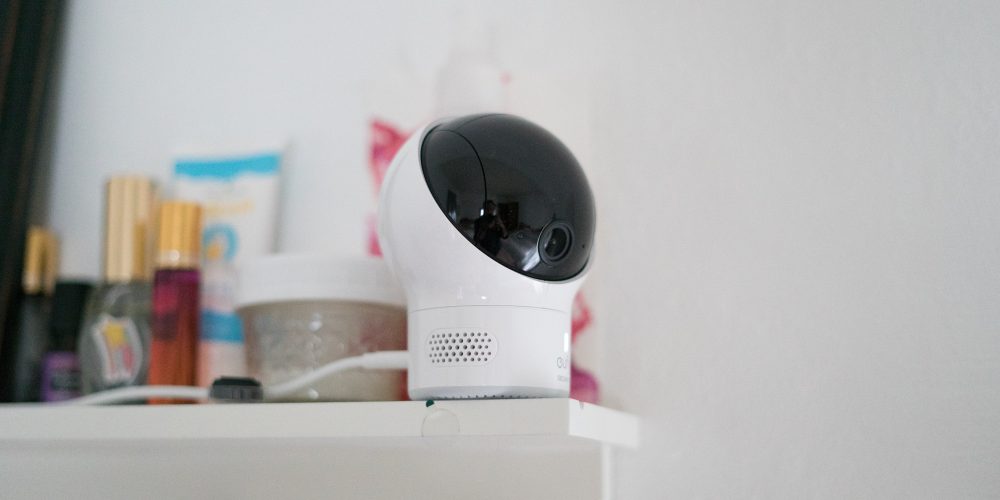 Making life easier, the large 2900mAh in the SpaceView monitor will last for 7 hours with the display constantly on and up to 17 hours in power-saving mode. This makes it very easy to leave it unplugged throughout the day, and just plug it in at night when going to sleep. I still try to turn it off during the day when not in use.

Compared to some other baby monitors I’ve used, the SpaceView’s menu is the easiest to navigate that I’ve experienced. Everything is clearly labeled and easy to find. 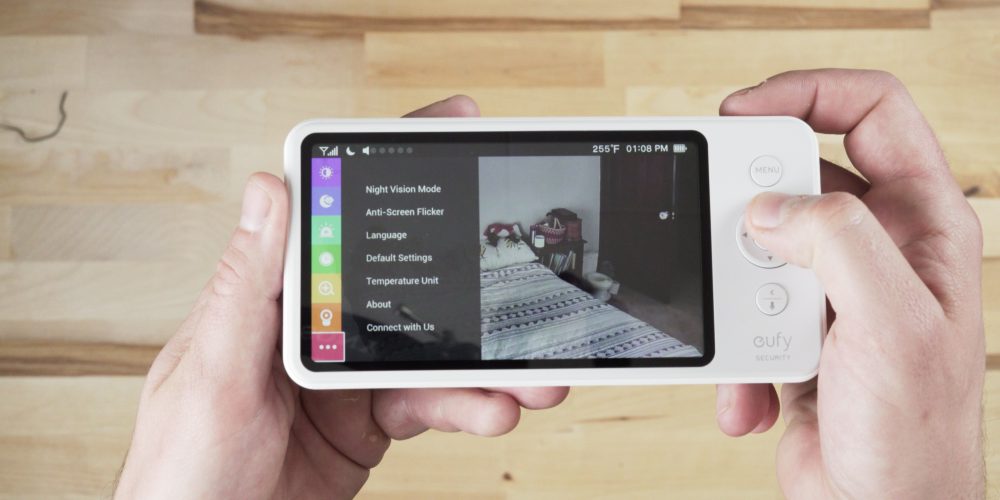 Video quality on the SpaceView is incredible. The 720p screen delivers a crisp image that makes it hard to go back to using anything else. Digital zoom is a nice feature, but I do wish it was easier to toggle between. To use the zoom, you need to dig down into the menu and select it. Having a dedicated zoom button was a nice feature that I liked on some other monitors I’ve used. But, then again, with the higher resolution I don’t find myself needing to zoom in to figure out if the blob I’m looking at is my child’s head or a stuffed animal. 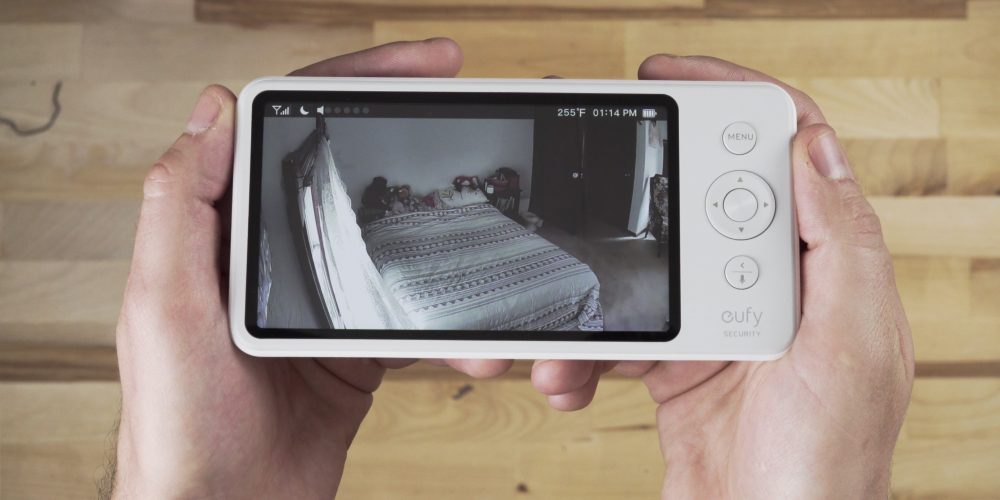 If you need a wider field of view, Eufy also includes a wide angle lens that can be attached to the standard lens. It is very easy to install by screwing onto the existing glass and increases the view to 110 degrees.

Adding reliability and usage, the SpaceView also boasts an impressive range. Eufy claims 460-feet, and I found it to be more than adequate. I had the camera in our upstairs bedroom on the opposite side of the house, and was able to go outside, across our driveway and still have a clear image. It was only when I moved behind another building that the monitor started to lose connection.

An impressive list of other features rounds out the SpaceView as a great option for a baby monitor. The 330 degree pan and 110 degree tilt make it easy to scan a room for a toddler on the move. The SpaceView also has night vision to help see in black and white. There is also a two-way talk feature. This allows you to speak through the camera to your child in the room. We don’t use it much, but I have heard of other parents loving this feature. 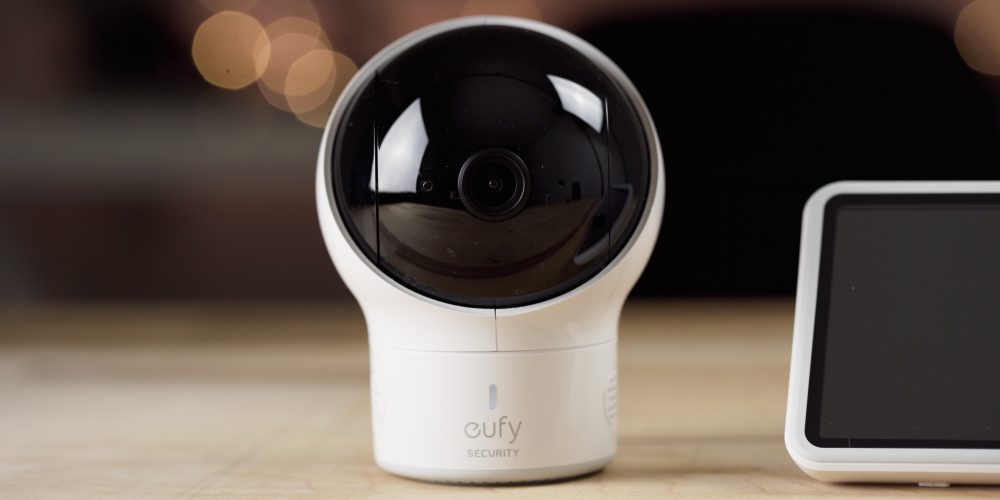 The not so great

Eufy has included a feature that sounds good on paper, but the real life application of it is a bit intense for me. The SpaceView’s sound activated alert lets you set a volume threshold where the monitor will alert you, with a very obnoxious alarm, if there is a loud noise detected above a certain level. This might be a good feature if you’re a very heavy sleeper and have trouble waking up with normal noise, but in our experience it was way too much. It also puts a large graphic on the screen making it so you cannot actually see what is going on in the room. We just leave this feature turned off.

Another disappointment with the SpaceView is the temperature display. We thought the temperature readout would be a welcomed addition but sadly, when we turned on the monitor, it constantly read 255 and never changed from that number. There are quite a few other Amazon reviews with similar experiences of temperature not being accurate or changing frequently. I contacted Eufy customer service and they sent me a tutorial to try and update the firmware myself. If the firmware update was unsuccessful, they offered to replace the unit. I had a response within 24 hours and am impressed with their customer service. 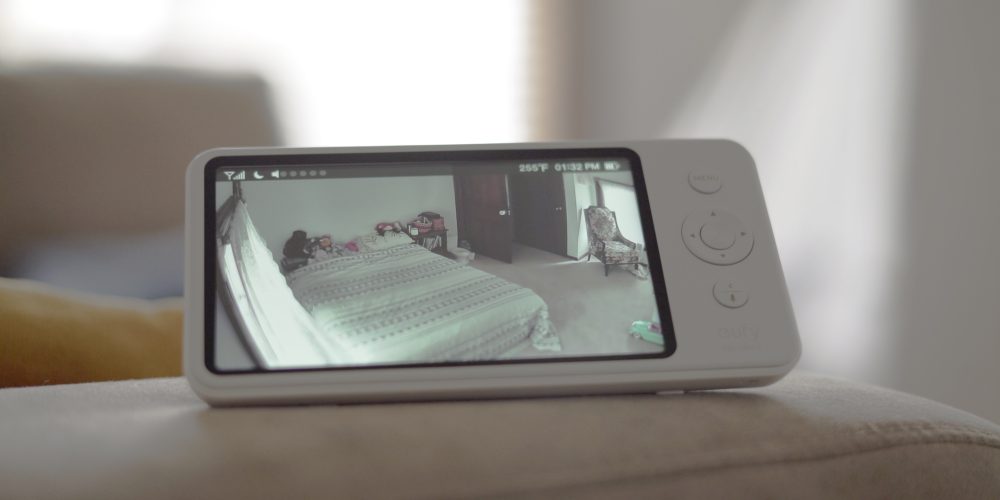 At $160, the SpaceView is similarly priced to another popular monitor, the Infant Optics DXR-8. For me, the alarm and temperature issues aren’t deal breakers. Yes, it is frustrating that some features are basically unusable, but what the SpaceView does well far outweighs its shortcomings for me. It’s HD video feed, long battery life, impressive range and easy to use menu make it the best monitor that I’ve used.

When will this be back into stock in UK? As I cannot seem to find it anywhere available