So, I purchased the floodlight camera to replace an existing ‘dumb’ floodlight and I went to install it today:

Unfortunately, when installed with the junction box, it doesn’t appear that it will sit flush against the brick wall.

It seems, at least to me, to be a terrible design - unless of course I’ve misunderstood how the Australian version is intended to be installed?

It doesn’t appear as though it would look good aesthetically, plus, as the junction box is plastic, it seems it could easily be damaged.

I’ve ended-up sending the floodlight camera back for a refund, so it looks like I will be replacing my ‘dumb’ floodlight with another non-Eufy product.

Yeah over here in NZ had the same thing. I thought I had installed it wrong but when I bolted the lower piece on realised that’s just how it was. I don’t know why they didn’t supply a white base? But otherwise happy.

Just doesn’t seem to be well thought out to me, it shouldn’t really protrude unnecessarily.

Anyone got any pics of the installation? And final look please?

Yeh I’m yet to install my AU version - pic would be great please in case I want to go for refund too. TIA

No pictures, sorry. I didn’t take any as I didn’t even get as far as attaching it to the wall.

As soon as I realised it wasn’t going to sit nice and flush against the wall I decided to pack it all back up again and return it.

As said, it might be my misunderstanding on how it was supposed to be installed - you might have better luck.

Would be interested to hear how you go with it.

I found the same thing for the UK version; it is such a massive change from the sales images that I can’t help but feel that Eufy are misleading potential buyers. The sales images should clearly show the junction box sitting external to the floodlight instead of showing the floodlight sat flush to the wall. I’ve never seen anything like it, they don’t even look like they belong together! Worst of all, the junction box just houses the connection strip, why isn’t it inside the floodlight? I bought two but they are going back because, with the external box, they’re just ugly. 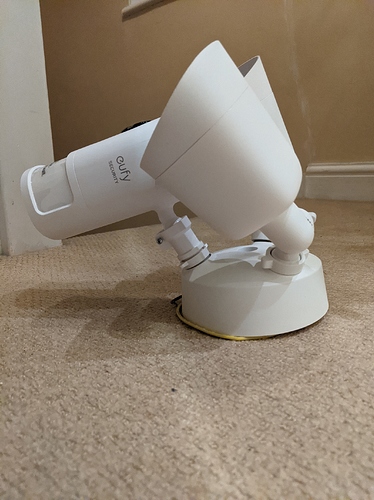 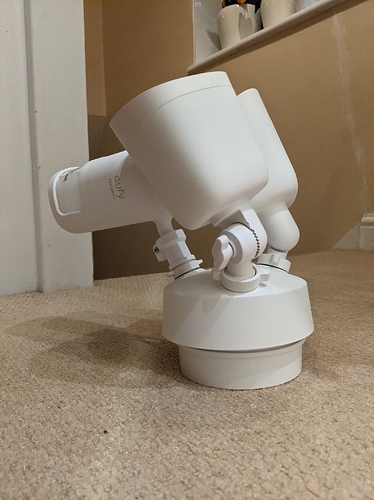 same here … ugly as hell … also worried its not waterproof