Make timestamps *readable* against all backgrounds!

Currently, the date-and-time “watermark” appears in the upper-right corner of the frame in the feed from any of my Eufy Indoor 2K cams, and it’s printed in solid-white characters. Well, guess what? (1) Pure white text is difficult to read on a very light background, and practically impossible to read on a white background; and (2) the area near the top edge of the frame is probably the most likely to be lightly-colored or white, particularly with an outdoor daylight shot! Put those two things together, and you get this nonsense:

This is ridiculous. For petesake, Eufy… add a thin black outline to the all-white timestamp characters to ensure that they’re legible against any background!!

The problem of practically-invisible timestamp “watermarks” remains just as ridiculously bad now as when I brought it up five months ago. There really is no excuse for this obvious flaw not to be addressed.

Eufy: If you can’t, or won’t, implement a contrasting outline for visibility of timestamp characters, then PLEASE address this issue in one or more of the following alternative ways:

Of all the tasks you could assign to your software developers, I submit that this proposal offers by far the highest ratio of customer benefit to development resources required… in that it would help us EufyCam users a lot, and yet it should be relatively quick and easy to implement.

I painted a privacy zone at the timestamp location so it’s always black on white.
That’s a workaround, I second your idea. Have you sent this to support@eufylife.com yet?

Clever! The one cam I really need it… wired outdoor… no privacy zone. Lol

They know how to do this… just sloppy 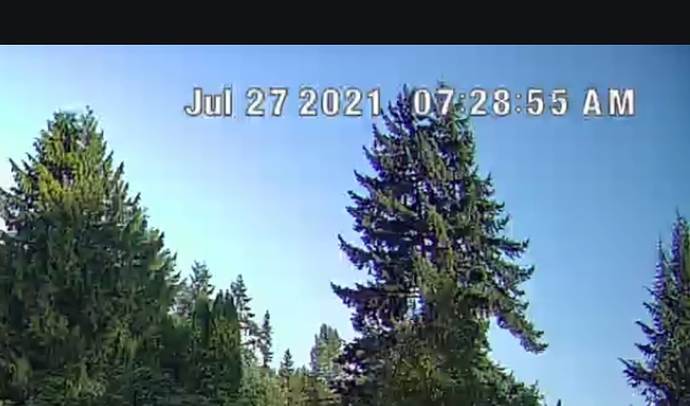 Privacy zone? That is a clever workaround, but I’ve never heard of that feature. My only experience is with the Indoor 2K cam (lots of them); I guess that feature isn’t available for those.

And no, I haven’t sent anything to "support@eufylife.com". It seems too easy for it to just vanish into the void; whereas here on the forum there’s a quasi-permanent record of it, and others can see it.

How about you do send it to them and keep us updated in this topic? This way you can record the conversation to some extend. Support doesn’t actively read the forums, but I do feel like this feature is quite important to have.

OK, will do. Thanks for the encouragement.