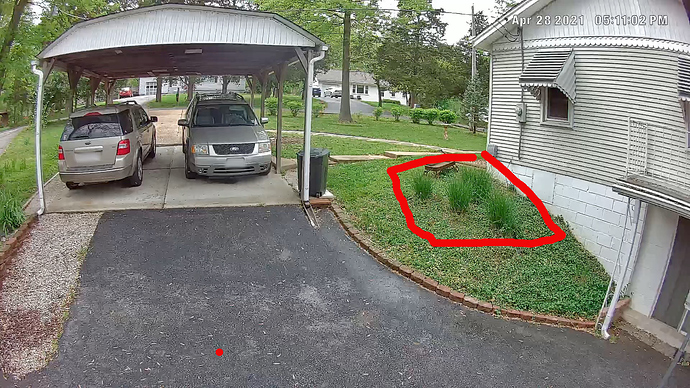 The app has a setting to change the night mode detection from the default detection to human at night specifically for that purpose… or so it says in the app. I haven’t had a reason to test it out though.

A checkbox to make the zones either detection or No detection

In the box… record… stuff not in a box will ignore. 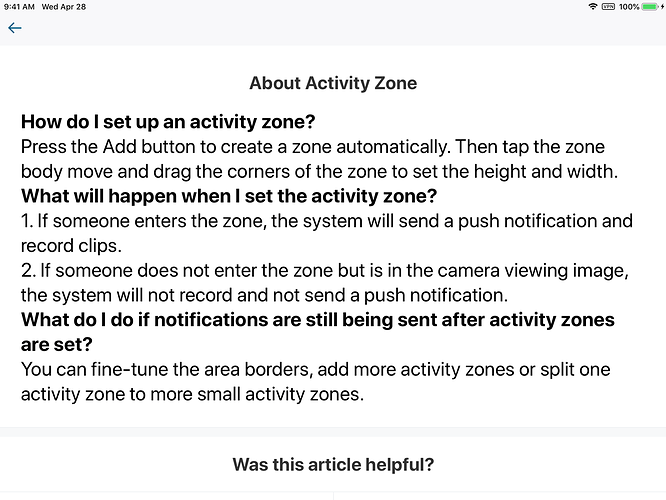 Human Detection is only for daytime, nighttime it reverts to full motion detection and that can’t be changed. It can only be changed for daytime.

Your missing the point I want a Non Detection Zone that can be set with a box. I know how to set detection zones and how they work.

Your missing the point I want a Non Detection Zone

Are you thinking that activity zones don’t work at night. Anything outside an activity zone would be a “non detection zone”. Right?? Maybe?

Am I still missing the point?

Using the 3 available detection zones to block the monkey grass

an activity zone box is put around things you WANT recorded.

Yes you are, I want to be able to block the monkey grass and nothing else. This can NOT be done with the current firmware.

Ok. Your right that you cannot select an area and say “ don’t record this “. … but you can use the 3 boxes and set everything else to “record this” and leave the monkey stuff alone.

I could but it would be much simpler to have the option to not detect an area.

I agree and now understand your post. ( the edit helped ) This confuses many new people that just want to block something from triggering.

Was watching a video on the Eufy wired doorbell, the review was about 1 year old. At the time you could choose a Motion zones or an Ignored zones. So why not the cameras?