We’re Looking for Moderators | Have You Got What It Takes?

Update in Jul. 7th:
Dears for now I have received several applications. Thank you all for the application, I will do an overall review and will soon announce the moderators.

Do you really, really love eufy Security? Well, if you do, we might just have a position for you here on our community team!

As a moderator, you’ll be responsible for one of the three following groups:

b) eufyCam (Hardware and App)

What the Job entails:

Please note, the following behavior is forbidden. Any moderators caught breaking the following rules will have their position terminated.

If you think you’ve got what it takes, please send me an email on mengdi.yu@anker.com with your brief introduction and reasons for applying to be the moderator.

We look forward to having you join our team! 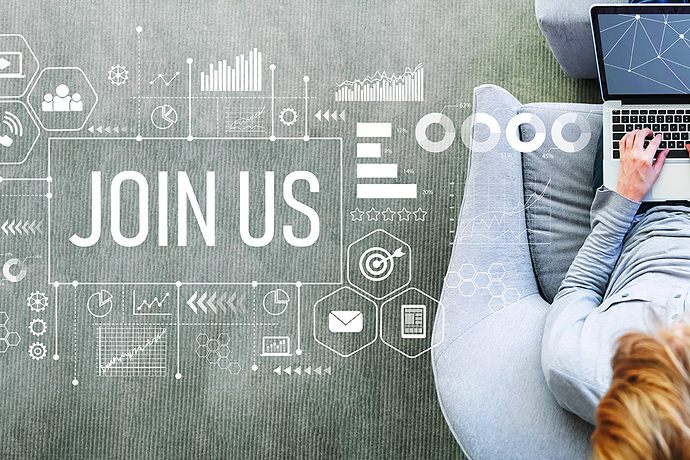 Can they be honest about the products and support or is that discouraged?

We appreciate the honest, but the moderator should love the brand and product.

I wish I could give this the time it requires. I love Anker and all the other brands and I love new stuff

I dont have eufy Security products - (have one but cannot use without homebase) so will be an audience.

Have shared this on Anker community as well!

120k USD per year and you’ve got yourself a deal.

120k to assist in moderating on a community product forum? Not a chance. But the potential to get product is pretty cool.

I would love to be of help here, but not sure if I would make it. I have a few Eufy security products and know them well, so I can help in respect to those and wouldn’t mind learning more about other products.

I am always helpful in the Anker community and here and there in Soubdcores community, so why not here too. I promise to always be honest, truthfull and respectful and I would do my best to be if assistance in all aspects Eufy

Shoot him an email.

If you think you’ve got what it takes, please send me an email on mengdi.yu@anker.com with your brief introduction and reasons for applying to be the moderator.

@Mengdi could you clarify what this means?

@jmiller148 thanks, I did send an email shortly after I posted here

Good luck @Tank I know you have almost all variants of SoundCore products and a master to answer most questions on Collective.
I believe you will do better here as well.

We appreciate the honest, but the moderator should love the brand and product.

I get what you’re saying, and also what @jmiller148 is saying. But moderators really should be as neutral as possible. Here’s my 2 cents.

Since 1998, I have been a moderator at DVD Talk Forum. When DVDs and Blu-rays (and HD-DVDs) first came out, we used to have thousands of posts daily. We were the most active movie-related community online, but as people stopped buying physical media, our activity has slowed down a lot as well. Now, maybe only a couple hundred new posts a day. Couple claims to fame are: Roger Ebert used to post there, and when Star Wars Episode I was released on Blu-ray, they used a quote from our website review in their TV commercials.

Obviously, all the moderators there love movies, but that is really a secondary characteristic. The primary role of moderators is to guide a forum in a way that promotes open discussion without being heavy handed. Moderators should be more like referees in sports and less like broadcasters for the home team. The home team announcers will look at every play and side with the home team no matter how obvious the call was against the home team. The referees, on the other hand, will decide on a call based on merits (for the most part), and they are best when they are nearly invisible.

I’m not too active here, but I’m very active at the Anker Community. Discussing/promoting non-Anker products used to be discouraged there, but now, it has become acceptable. Why? We are all trying to help improve Anker products. So if Ring, Wyze, Nest, Arlo, or some other brand is doing something better than Eufy, then we should not only allow the discussion, we should encourage it. And moderators can step in when the discussion gets too one-sided (like a commercial for another company) or personal or counterproductive.

Yeah, I basically just said screw it. I can’t say good/bad things about their products without comparing to other brands lol.

I don’t think that moderators should be completely neutral. I agree that it should be someone who loves the brand, and then products. They definitely need to be honest about the flaws, as well as the string points of the eufy products though.

Yeah, I basically just said screw it. I can’t say good/bad things about their products without comparing to other brands lol.

At least for the past 6 months, we’ve been comparing the Anker batteries and chargers to other third party brands like Ravpower, Aukey, and many others. And mods have been cool with it.

I don’t think that moderators should be completely neutral. I agree that it should be someone who loves the brand, and then products. They definitely need to be honest about the flaws, as well as the string points of the eufy products though.

As long as they are fair in their assessment, I’m good with that. People should be buying Anker/Eufy products because they are good, not because they drank the kool-aid. If another brand does something better and/or cheaper, then it should be pointed out, even by a moderator.

BTW, I bought 3 Eufy Indoor Cams at $40 a piece (nope, did not pre-order with discount) because I’m a fan of Eufy. But I’ll be the first to admit that Wyze cams, which cost HALF as much, are comparable to the Eufy cams. Wyze does some things better, Eufy does some things better, but all in all, they’re basic cameras that are nearly interchangeable. And conversations like this need to be encouraged here.

have one but cannot use without homebase

HomeBase should be available to purchase separately, soon. What product do you have that you cannot use?

Eufy Security entry sensor … what is the price range for Homebase sold standalone?

Someone is clearly abusing the flag function @Mengdi…