To our eufy Security customers,

We’re aware that some of you experienced a temporary interruption of service, particularly when viewing historical events and changing the App settings. Our engineers worked quickly to resolve the issue. All functions of the eufy Security App are now back to normal. If you need further assistance or have any questions, please contact our support team at support@eufylife.com.

Thanks for your patience! 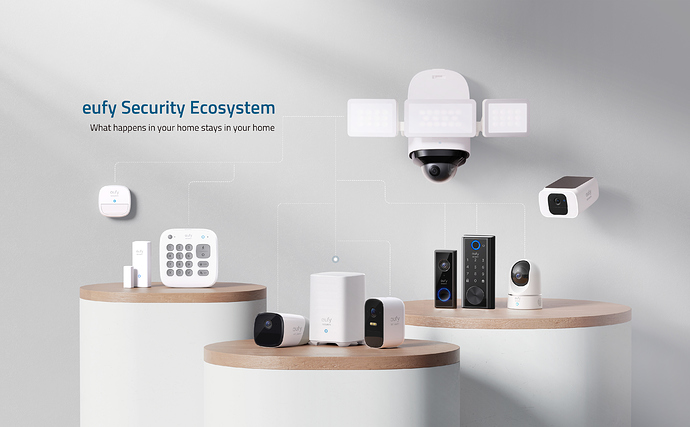 Thank you. What happened/caused the outage?

@eufy_Official Can you please tell management to focus on hiring quality software programers instead of putting all their dollars on creating new products??

Eufy needs a consistent “security” system before pushing more items into the market that many of your unsatisfied customers will stay clear of because of the several issues that have been reported that have not been addressed or officially discussed.

I’m still not getting recorded events for my battery doorbell. I am getting them for my other battery camera though.

@eufy_Official This post should have been a forum banner as well, or at least a sticky so the many affected users would see the service outage straight away when they came to the forum for assistance

I have only seen @eufy_Official respond to 1 post out of 10+ posts, not good of eufy rep/support at all for something this serious

It was a sticky post when the problems were present.

And instead of replying to every single user reporting a problem, they chose to announce it globally using the sticky post.

Hmmm, I didn’t notice if that was the case, thanks for letting me know. However, it needed to be more easier to see as there was too many posts from affected users.

@xstealthyx @John0 Curious why Eufy didn’t add a photo like they’ve done in the past when they have a “planned” outage. Or even when they promote their new products?!?

Those posts are pinned on the top as the first story. Adding the “update” the way they did it was a reactive and cowardly approach IMO. Several hours went by with nothing. Just post after post of frustrated users. Reminds me of the time when they had their major security breach and waited until news outlets reported it before addressing it in this forum…and they did a banged up job at that. Apparently, they’ve yet to learn and create protocols for these type of mishaps and ways to inform their users in a timely manner.

I’ve seen their baby or dog promotions each and every single time I open this forum. Without question, I know what Eufy is focused on. A “minor” issue as THEY see it is something that is pinned globally and then quickly removed. Let’s down play and not focus too much on these failures. Just our new products!! Shady practices says a lot about their direction and leadership.